Get Up to 40% OFF New-Season StylesMenWomen * Limited time only. 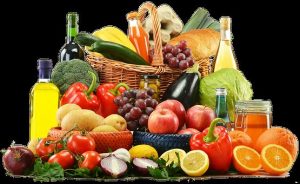 etoxification has become a hot topic, especially nowadays due to the environment we live. As the scientific and medical literature suggest, we are all toxic. There are several ways that we can detoxify. Reducing toxins using phytonutrients which will facilitate the detoxification processes.

Phytonutrients are the colourful path to detoxification and the five classes of which the sole purpose is to fight toxins are:

Curcumin, a polyphenol, has been shown to target multiple signaling molecules while also demonstrating activity at the cellular level, which has helped to support its multiple health benefits. It has been shown to benefit inflammatory conditions, metabolic syndrome, pain, and to help in the management of inflammatory and degenerative eye conditions. In addition, it has been shown to benefit the kidneys. While there appear to be countless therapeutic benefits to curcumin supplementation, most of these benefits are due to its antioxidant and anti-inflammatory effects. Despite its reported benefits via inflammatory and antioxidant mechanisms, one of the major problems with ingesting curcumin by itself is its poor bioavailability, which appears to be primarily due to poor absorption, rapid metabolism, and rapid elimination.

2. Flavonoids: These antioxidants bind to heavy metals in the body and aid in the removal of toxins from the body through urine. Flavonoids can be found in oranges, parsley, cilantro, onions, blueberries and apples.

In recent years, scientists have turned to various flavonoids to explain some of the health benefits associated with diets rich in fruits and vegetables, according to the Linus Pauling Institute. Like other phytonutrients, flavonoids are powerful antioxidants with anti-inflammatory and immune system benefits. Diets rich in flavonoid-containing foods are sometimes associated with cancer, neurodegenerative and cardiovascular disease prevention. However, it is not yet clear whether the flavonoids themselves are responsible.

Onions, tea, strawberries, kale, grapes, Brussels sprouts, citrus fruit, parsley, and many spices are just a few natural foods rich in flavonoids, according to Louis Premkumar, a professor of pharmacology at Southern Illinois University School of Medicine and author of “Fascinating Facts about Phytonutrients in Spices and Healthy Food“.

Organo-sulfur compounds are generally found in cruciferous vegetables such as broccoli, cauliflower, brussel sprouts, garlic, and onion. They contain sulfur atoms that are bound to a cyanate group or a carbon atom in a cyclic or noncyclic configuration. The functional contents of plants containing organo-sulfur compounds are obtained after cell disruption by cutting, or crushing the plants. In cruciferous vegetables various isothiocyanates are formed from glucosinolates by the action of myrosinase. In Allium L. species, allicin is formed from alliin by the action of allinase and then rapidly converted to diallyl sulfide, diallyl disulfide, or diallyl trisulfide. These hydrolytic breakdown products have the main health-promoting functional effects on several diseases.

4. Quercetin: It is found in apples, citrus fruits, parsley, onions, tea, nuts, and dark berries like blackberries, blueberries, and bilberries. It is known as a useful anti-inflammatory composite which binds toxins in the body and neutralizes them.

Quercetin, a flavonoid found in fruits and vegetables, has unique biological properties that may improve mental/physical performance and reduce infection risk. These properties form the basis for potential benefits to overall health and disease resistance, including anti-carcinogenic, anti-inflammatory, antiviral, antioxidant, and psychostimulant activities, as well as the ability to inhibit lipid peroxidation, platelet aggregation and capillary permeability, and to stimulate mitochondrial biogenesis.

5. Epigallocatechin-3-gallate (EGCG): The best source of EGCG is green tea and its variables. This phytonutrient triggers amplified production of certain enzymes and genes responsible for POP detoxification. It helps the natural systems of the body to cleanse it from toxins more effectively and efficiently. Reducing toxins using phytonutrients such as EGCG is an effective way of taking powerful antioxidants into the body.

Many of these phytonutrients are found in our Super Greens Plus.

Natural Supplements for Parasites What are parasites? According to the Center for disease control and prevention, a parasite is an... read more

Detoxification: The secret of 21st century

Detoxification: The secret of 21st century What is detoxification? Detoxification is an important aspect of optimal health and has become a... read more

Health Benefits of A- Lipoic Acid

HEALTH BENEFITS OF HEPATO PLUS

Health Benefits of Hepato Plus Every person’s health and well-being depend on how well their body removes and purges toxins. Environmental... read more

Join 1000s of people who are learning about their health

Sign up for our newsletter and receive our FREE eBook: "Da Vinci Candida Treatment Protocol".